About Debian Brasil at Latinoware 2022

From November 2nd to 4th, 2022, the 19th edition of Latinoware - Latin American Congress of Free Software and Open Technologies took place in Foz do Iguaçu. After 2 years happening online due to the COVID-19 pandemic, the event was back in person and we felt Debian Brasil community should be there. Out last time at Latinoware was in 2016

The Latinoware organization provided the Debian Brazil community with a booth so that we could have contact with people visiting the open exhibition area and thus publicize the Debian project. During the 3 days of the event, the booth was organized by me (Paulo Henrique Santana) as Debian Developer, and by Leonardo Rodrigues as Debian contributor. Unfortunately Daniel Lenharo had an issue and could not travel to Foz do Iguaçu (we miss you there!). 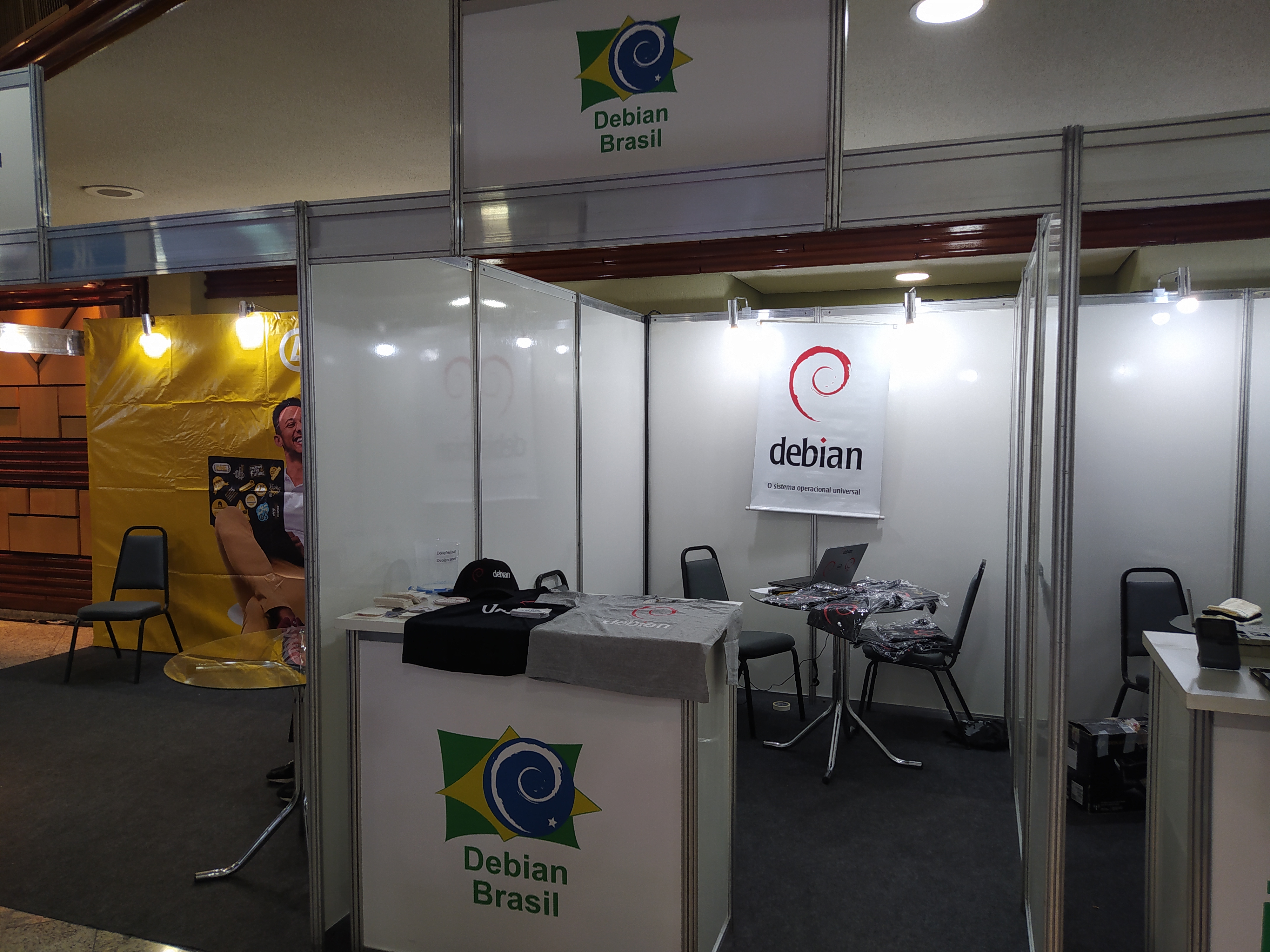 A huge number of people visited the booth, and the beginners (mainly students) who didn't know Debian, asked what our group was about and we explained various concepts such as what Free Software is, GNU/Linux distribution and Debian itself. We also received people from the Brazilian Free Software community and from other Latin American countries who were already using a GNU/Linux distribution and, of course, many people who were already using Debian. We had some special visitors as Jon maddog Hall, Debian Developer Emeritus Otávio Salvador, Debian Developer Eriberto Mota, and Debian Maintainers Guilherme de Paula Segundo and Paulo Kretcheu. 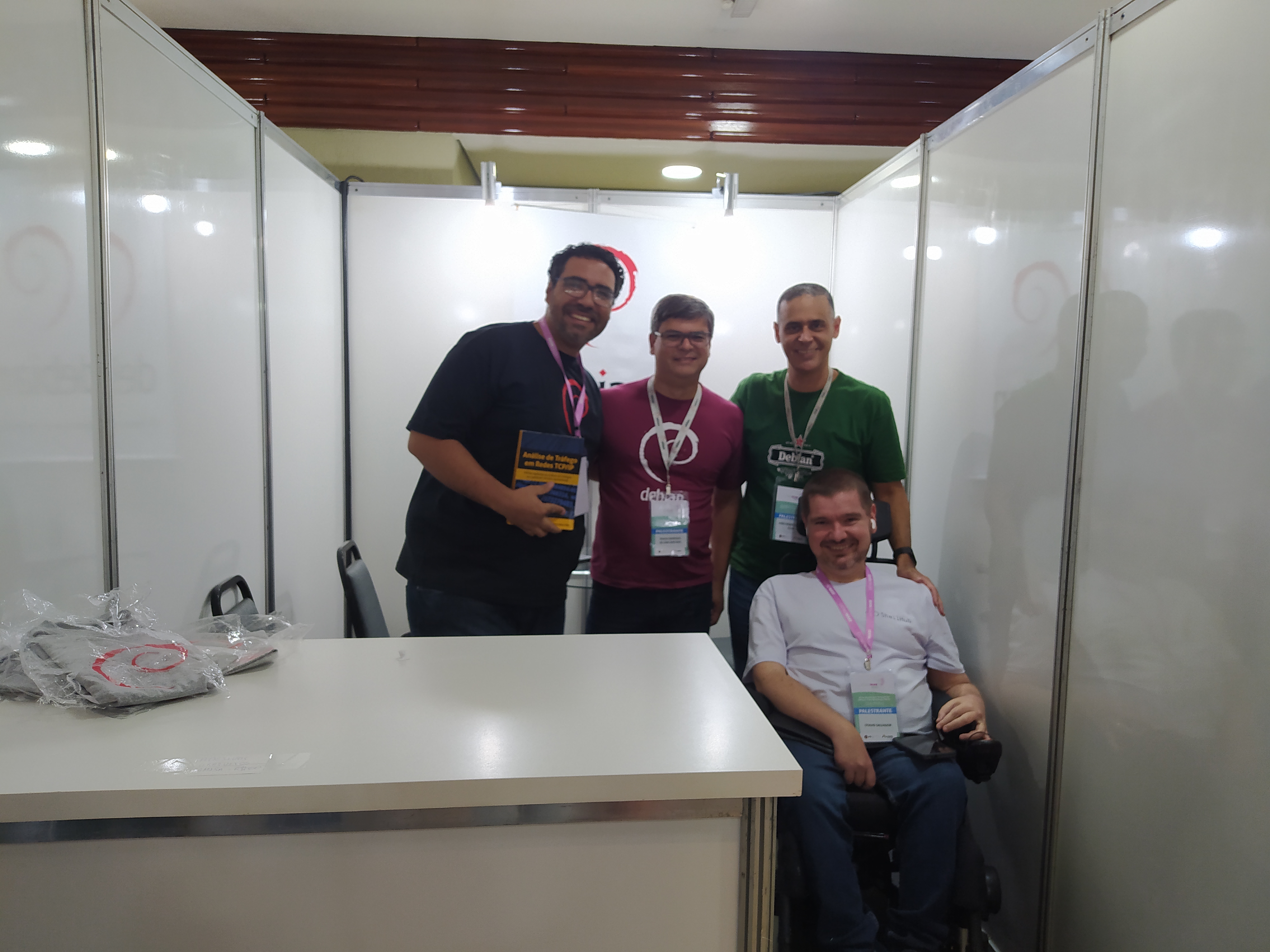 Photo from left to right: Leonardo, Paulo, Eriberto and Otávio. 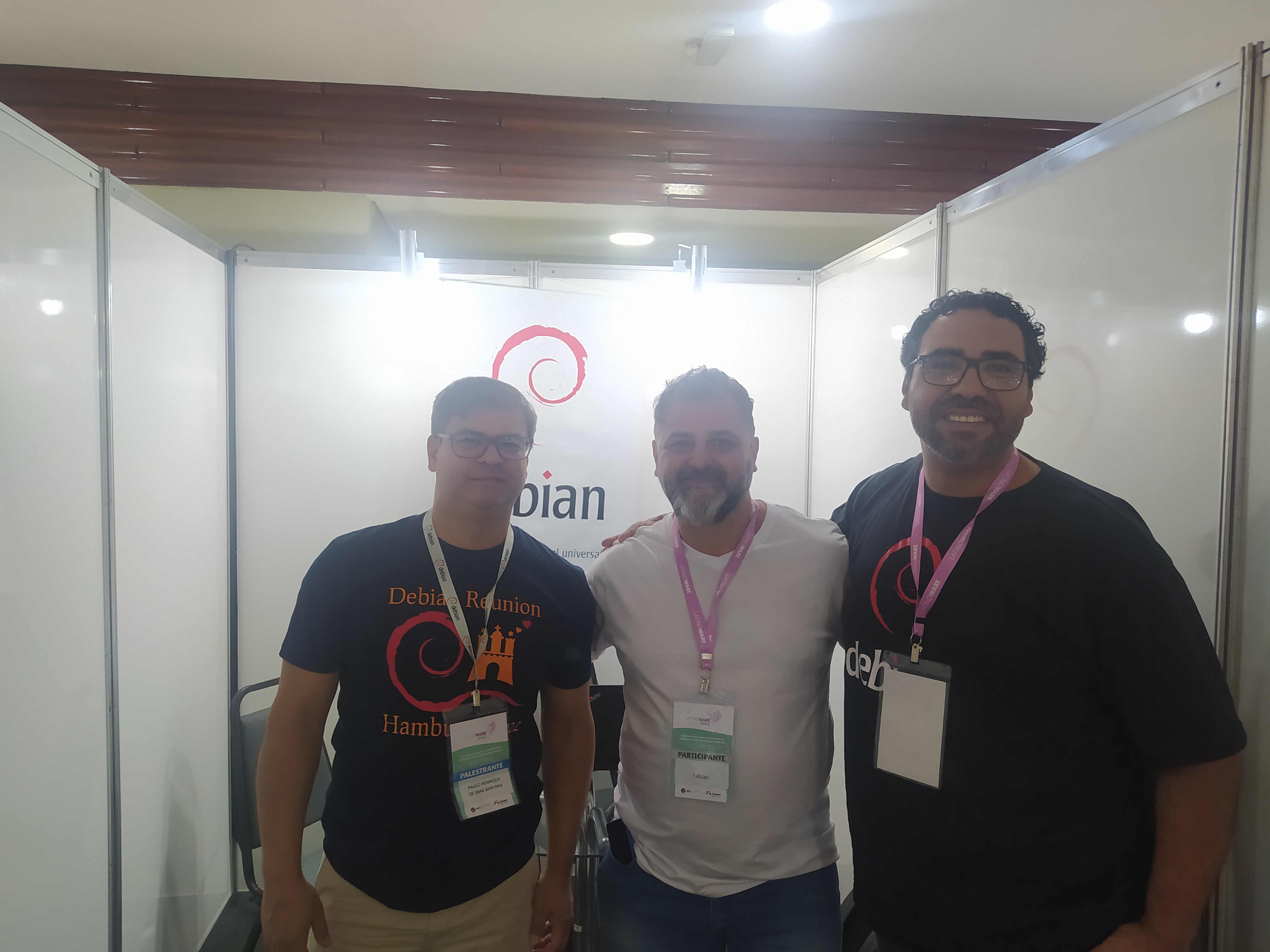 Photo from left to right: Paulo, Fabian (Argentina) and Leonardo.

In addition to talking a lot, we distributed Debian stickers that were produced a few months ago with Debian's sponsorship to be distributed at DebConf22 (and that were left over), and we sold several Debian t-shirts) produced by Curitiba Livre community). 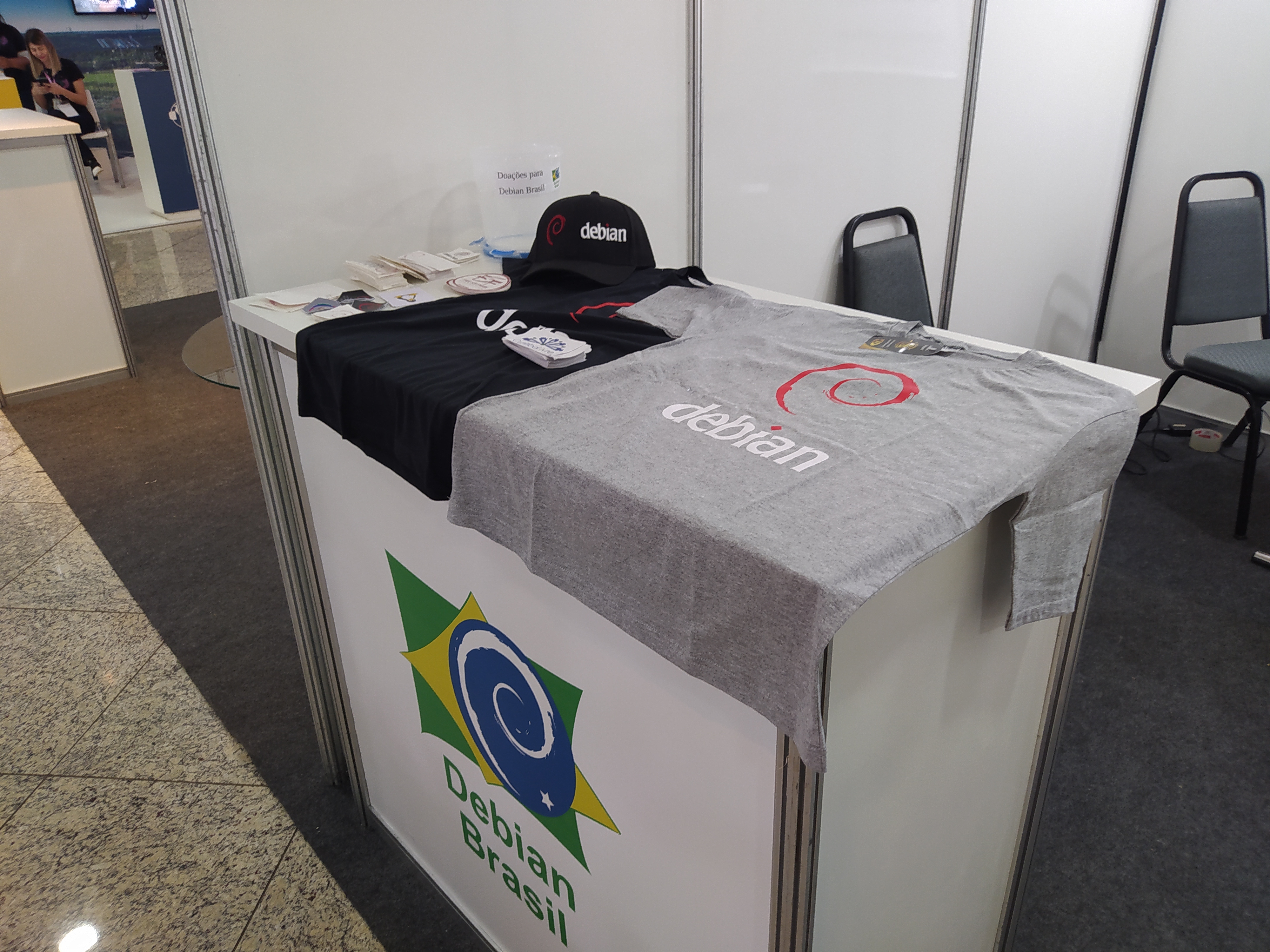 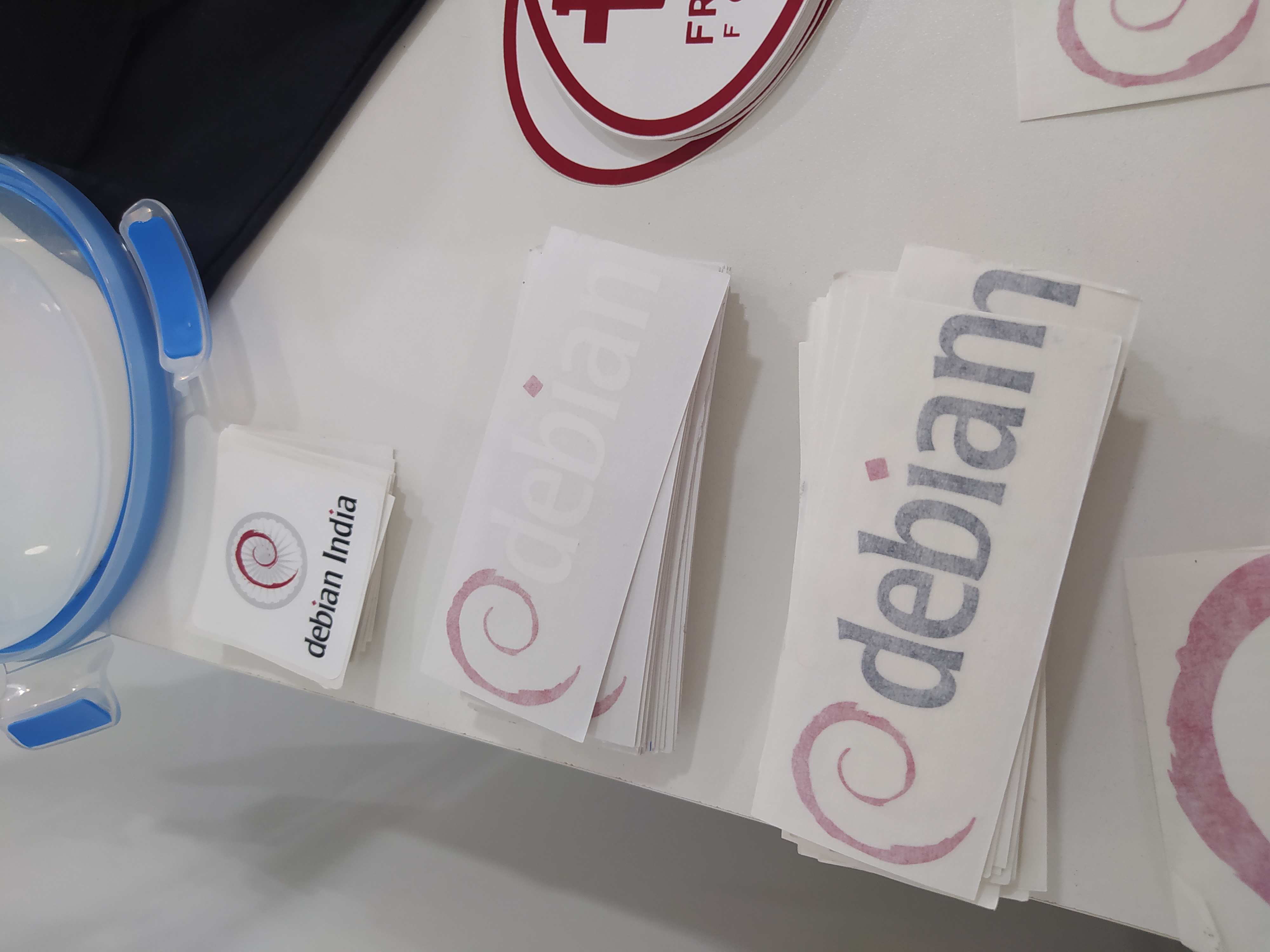 We also had 3 talks included in Latinoware official schedule. I) talked about: "how to become a Debian contributor by doing translations" and "how the SysAdmins of a global company use Debian". And Leonardo) talked about: "advantages of Open Source telephony in companies". 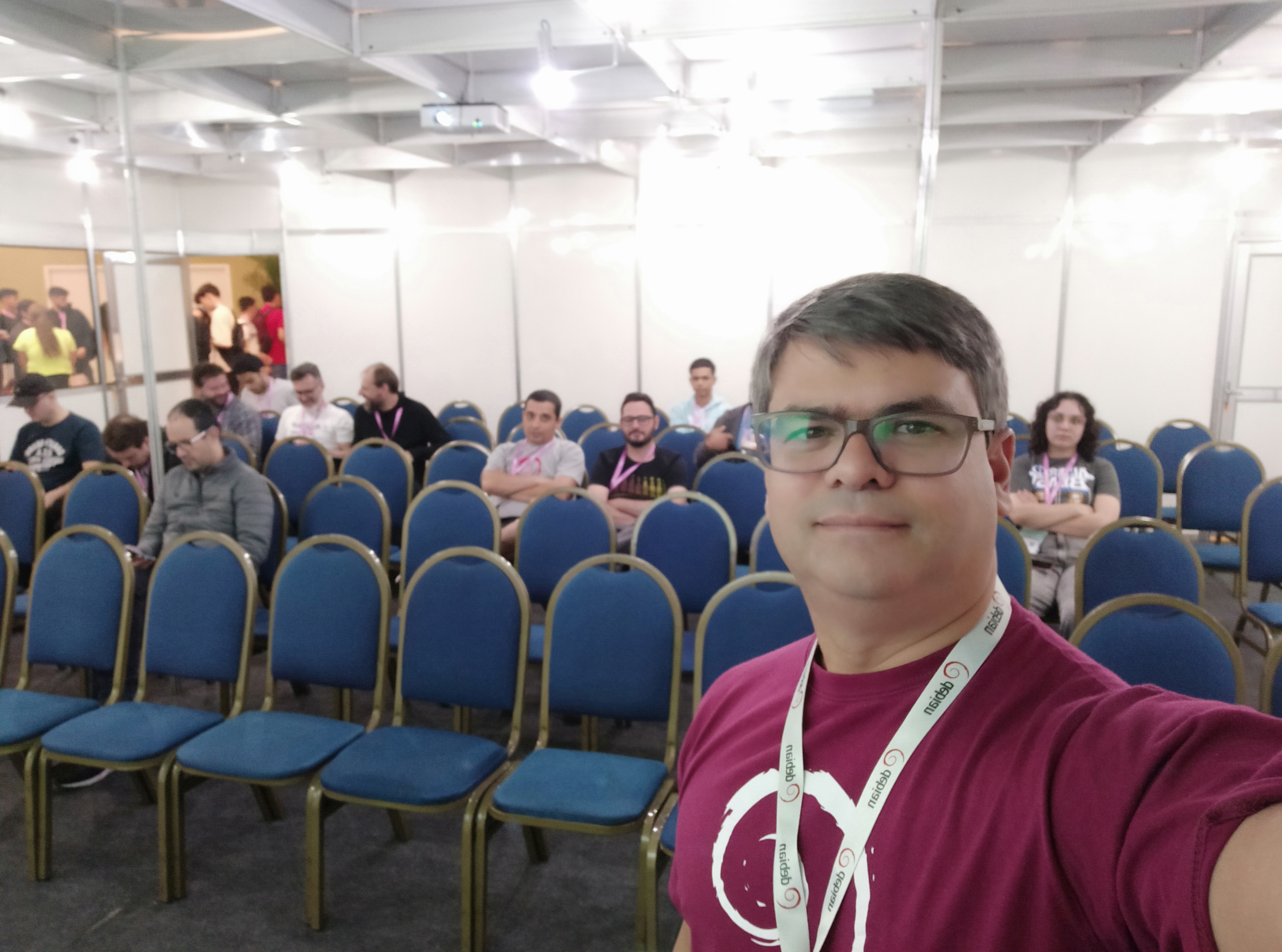 Photo Paulo in his talk.

Many thanks to Latinoware organization for once again welcoming the Debian community and kindly providing spaces for our participation, and we congratulate all the people involved in the organization for the success of this important event for our community. We hope to be present again in 2023.

We also thank Jonathan Carter for approving financial support from Debian for our participation at Latinoware.